Neither a Lenter nor a Borrower be

You know how there's some stuff in life that we all just 'Know'?

Yet we don’t really know why?
It’s like we know that February follows January; that happiness follows heartbreak. I'm sure someone out there knows exactly why that is but for the rest of us it just is.
In a way I guess that’s why board games like Trivial Pursuit and TV shows like the Leakest Wink are so popular. That reminds me: A good friend of mine was once a contestant. How exciting is it to actually know someone on the show!! She did very well; should actually have won!
Come to think of it, it would also have been nice if that other individual who I thought was my friend hadn’t “permanently borrowed” my Trivial Pursuit….Hrrrmph!!

ANYway, the other day whilst out shopping in the city I noticed there were a lot of strangely dressed children; strange as in “fancy dress”.

Being a relative newcomer to life on this little island I just assumed that there was some fiesta being celebrated in the vicinity. On returning to the village I popped into the local spot for a coffee - it’s de rigueur to go there every day. It’s like “Cheers” – everybody there knows your name along with everybody else’s business. It was there that I found out that we were actually in the midst of “Carnival” ergo the fancy dressed folk I’d seen.
Ah.
But…hold the phone…isn’t that what happens in Rio?
No.
Yes. But not only there, I discover.

In fact there are two Carnival parades on the island, which are very different from each other. The most important one takes place always on the Saturday of the Carnival weekend. It’s the more sophisticated one with thousands of participants in magnificent and colourful costumes dancing through the streets, spreading an ambiance evoking the Carnival of Rio. This is always followed by the more relaxed and fun ‘peoples’ parade, whereby locals and tourists can dress up in anything they want and show off their creations to the public in a more ‘party’ and less formal atmosphere.
Ah.
So now I know exactly why folk were in their fancy dress.

I also know exactly why my home made tomato sauce tastes like I was taught to cook by an Italian grandmother! And I aint telling! And she wasn’t Italian!
ANYway, there I was busy preparing a pot of said scrumptious sauce; one ear tuned into SKY news, the other eagerly awaiting the Postman who should be arriving bearing the fruits of an online purchasing expedition – n’other whole story there; n’other day.
But then I hear some news that brings my onion paring to an abrupt halt. According to SKY it seems the Pope has had an epiphany. His bright spark suggestion is that the youth of today should give up Mobile phone texting.
For a bit.
For Lent in fact.
Sweet Mother on a pogo stick!! What next!!
Clearly the world wide economic recession has not touched base in The Vatican.

Does the dude not realize what financial ramifications would be stirred up if texting was put on pause?
Does he not get the power of the thumb on a keypad?

But that got me thinking about Lent.
I’ve always religiously missed the beginning of Lent. The first I know of it is through other people.
Possum - “Have a chocolate?”
Lentil 1 - “No thanks; I’ve given it up for Lent.”

I’ve always known about Lent; that it’s a Christian festival; a forty-day period before Easter when people give up rich foods.
Rich food Mr Pope; not mobile phone texting!
But why is it that it’s always other people who know exactly when it happens?
Yes I know I could text the Pope and ask him for the date once Christmas festivities are over, of course. And I know I could be less of a heathen and go to Church more regularly, but thats another whole kettle of fish.
What I have learned though is that if I lived in the UK I would definitely be forewarned of the onset of Lent. There, Shrove Tuesday (the day before Lent) is also known as Pancake Day (or Pancake Tuesday to some people) and it is the one day of the year when almost everyone eats a pancake.

Hey!
That works for me! And I’m not going to even think to ask “why pancakes? Why not choclate cake?”

But get this!
In the Latin countries this Tuesday is the last day of carnival.
Mental light bulb starts to flicker 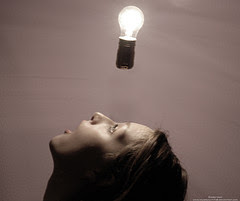 Omigod! M.A.R.D.I. G.R.A.S
Now THAT I never knew. I never knew that Lent and Mardi Gras were so intricately relevant to one another.
So that’s why there are Carnivals all over the world and not just in Rio. And that’s exactly why the children were wearing fancy dress that day, that Tuesday. It wasn’t just the People’s Parade! It was Fat Tuesday, Pancake Day without the pancakes, dammit!
And I would never have found this out had the Pope not suggested giving up texting.
Just don’t get me started on his latest suggestion regarding condom use!
Come to think of it. It might not be such a bad idea introducing non-rich-food items into the abstinence list. Things like swearing or being disparaging, biting ones toe nails or wearing ugly shoes, actually going to gym or recycling the trash. Just think, whilst quaffing a glass of wine or nibbling on a chocolate we could be feeling perfectly penitent and maybe, just maybe at the end of those 40 days the new behaviour pattern might be so deeply entrenched that it would have become a habit! Now there's an epiphany for you! 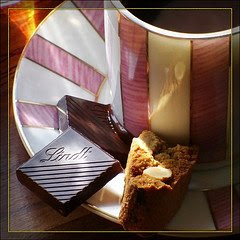