The Long Way Down...

Oh yes, packing my suitcase once again! Time for this bird to fly south again but thank goodness I relented and packed a jersey because the weather is doing a fabulous impersonation of the middle section of winter!

I must say for long haul trips this one was just that - a very long haul. But the flip side of that coin was that i got to see some different places; places I haven't seen for a while. I flew off my little island early in the morning and headed off to the mainland.

The red roofs of Lisbon.... 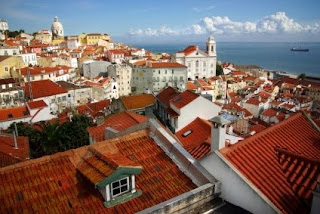 This is the second time I've spent time in Lisbon and I'm not convinced that the folk there have grasped the concept of being friendly.

But the upside of the time I had there was that I found a fantastic little guesthouse run by foreigners = friendly and welcoming. I really am going to have to learn Portuguese though if for no other reason than to foil those tricky taxi drivers!

Then it was off to the airport again and flying north for a few hours found me landing in Frankfurt - it's been a while since I visited there (not that this was anything more than a transit!) 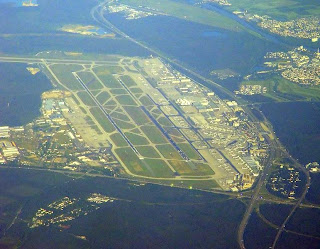 The great thing about this stage of the journey was that I no longer had to worry about my luggage! The joys of computer codes and tags.....and faith in the system! I had been warned that I would have to change terminals which didn't really worry me as that pretty much goes ahnd in hand with travel these days. Be warned though...changing terminals here means making sure you have sensible shoes and hoping like hell the travelators are working!! It does also help following someone who knows the airport. Suffice to say the new (to me) terminal is quite impressive!

Even more impresive is having empty seats next to one and a really friendly flight crew. 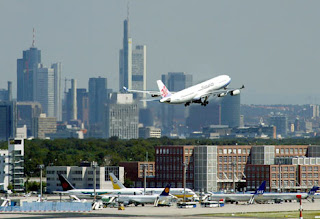 The further south we headed to more it began to feel like home turf. I woke early - just before dawn and the view from high above the clouds was awesome. Below the clouds was the desert and I could see from the amazing lightning show that it was storming down there. In my mind I could smell the rain; the African rain.

And then the sun came up.
Soon thereafter we landed in Namibia. 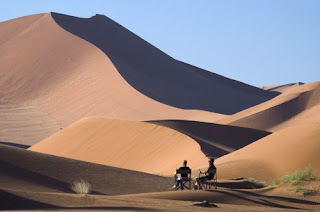 This is abolutely a visit that is on my bucket list! But for now I bid my fellow travellers farewell and watched them depart into the desert while I awaited my next flight; my final flight.
Travelling next to me was a chap who had never been to Cape Town and in front of me two youngsters experiencing their first flight.

" Ladies & Gentlemen , this is your Captain speaking. For some unknown reason the flight tower have asked us to stay in a holding pattern above Robben Island until further notice"

And there she was...the Mother City and that majestic mountain and the most magnificent day.
I felt proud to be 'home' 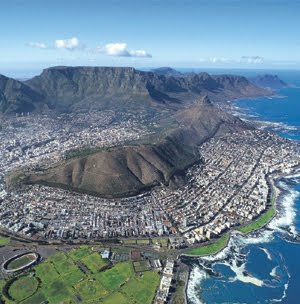