Be careful what you wish for....

I read somewhere that one can compare ones past to lifeless forms hanging on hooks in a closet. The  closet goes with you wherever you go – or in my case, the shipping container with the packing cases finally arrives!
It makes sense that these bits and pieces are part of us – they have made up our experiences – but that we are no longer part of them. Ergo they are our past….lifeless. Of course you can open the closet door and look through them. But, if you take them out and try to carry them around, they are a heavy and unnecessary burden.
I've experienced that heaviness first-hand of late; pretty much each and every time I opened a box marked “personal” or “precious” or possum’s “stuff”. …Stuff that I had packed with such hope and happiness in my heart. 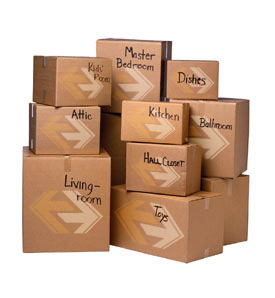 Of course not all of my “stuff” was emotionally heavy to unpack into its new closet; some things…many in fact…were like old friends …a joy to see again after such a long absence.
One such joy was a book sent to me by a precious friend. Her mail to me heralding its arrival went exactly like this:
“I've just finished reading a short poignant book of anecdotes on South Africa by the Muslim writer, Rayda Jacobs. It's called Postcards from South Africa. Have you read it? Just reply yes or no. If it's no, I shall send it to you as a belated birthday present. What is your postal address?”

6 months later I had to stand up in a Church and find the words for her obituary.

She was a friend like no other; abundant with her love and honesty…an abundance which commanded the same in return. But it was more than that…she “got” me…even when I was tired of and confused with me. When I left Cape Town - the first time – and went to live in Plettenberg Bay she relished the fact that her annual pilgrimage to her family’s holiday home passed through my new town so she could plan a sleepover and catch-up both coming and going. In fact when she bought her new KA car she called me immediately and asked if she could come to us for the weekend she wanted to give it a long-distance test drive. I treasured her for this.

She also absolutely understood how hard and lonely my new life in Texas was and endeavored to write me as long and as newsy emails as she could, even when she had no news. I treasure those emails as through them I can still hear her voice. She just knew that sending me that book would put a little bit of home back into my life. I like to think that it also made her feel a little closer to me.
I’ll never forget calling her to tell her that we were going to live in Texas. And by Texas I mean Muleshoe, Texas.

(I’ll wait while you see if you can find that on a map.)


“Right!!”…she said…”this is obviously going to be good so let me get my wine and my cigarettes and don’t dare leave a thing out!!”
In fact she loved the story so much she would ask me to repeat it just so she could make sure her memory of it had left nothing out. I remembered all of this when I unpacked that precious book. I remembered how it had in fact been another little book that had started this whole Texas ball rolling. 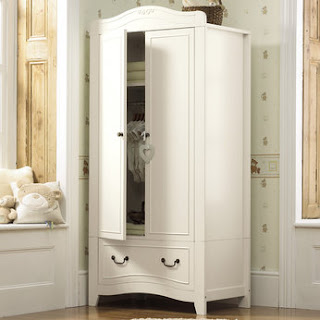 I was visiting Cape Town for a friends birthday party. The Dorkus had surprised me by saying he was actually going to make the effort and drive down and join me for the party. I had recently sold my restaurant having successfully survived 3 crazy holiday “seasons” and we had moved onto a beautiful farm where I found my interest in gardening and growing things blossoming. However the soil was not of the best quality. So during this particular trip back home whilst looking through the books in my Dad´s library, my eyes did spy a little book on Hydroponics. Aha! The answer to my soil problems.

I guess the Dorkus was very supportive of all of this because when we got home he did a whole lot of research on the internet and came up with the concept of Aquaponics. This neatly melded his passion for fish and my interest in growing vegetables. If it sounds like there is a big sigh in there somewhere you’re right because suddenly my concept of feeding us from the land became a whole complicated frigging venture – one of supplying huge supermarkets with my tomatoes and his fish from no less than 45m long tunnels!
How to kill an idea in one fell swoop.
Ever the practical lass I of course wanted to see if I could actually raise a tomato before I:

b. killed off thousands of baby fish (which would have been purchased with my aforementioned cents!)

This whole tunnel thing became a fixation for the Dorkus but I stood firm on the impracticalities of starting out so big. I did relent and agreed to buy some plastic covering that would fit a small tunnel the frame of which we were looking at building ourselves. I must say I felt less reluctant about having forked out over R1000 for the plastic when he (reluctantly) agreed to pay for one of those porta-pools to turn into a fish rearing tank. 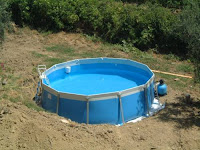 To cut to the chase of the story a few months went by; University certification courses in Aquaculture were discovered for me (!!) to study, winter came and went, I was now employed by the farm owners as their furniture manufacturing company´s sales manager and the pool had become a rainwater tank. I was however managing to grow some very healthy  looking plants from seed so was confident I could manage a small crop.

Then my mother was hospitalized. She needed a Colonectomy. She and my Dad were quite relaxed about the whole thing but the daughter in me thought they might benefit from a bit of support so I got in the car and drove the 6 hours to Cape Town, arriving to relieved smiles as they wheeled her into her 10am surgery.

All went well and results were benign. I remember it was November. We also discussed the whole fish/farming tunnel topic. And thats when Dad had his brainwave. He told me to buy a “Farmer´s Weekly” magazine and look in the Classifieds; that would be the best place to look or advertise for a small second hand tunnel. BRILLIANT!
Any South African reading this will also know that it has the funniest lonely heart column as well!

A few days later it was time for me to get back to work so I packed up and hit the road. On the outskirts of the city I made my usual stop for petrol and munchies and there, in amongst the marshmallows and crisps lay a single copy of the “Farmers Weekly”.

OMG!! I had forgotten. But wait...just one copy...just lying there...?
Not for long it wasn't. I added it to my bounty, packed it together with the other magazines I had bought to take back to the farm and off I went.

A few days later it was Sunday and that meant I was given breakfast in bed - one of the last remaining rituals that had survived our courtship. It was also the day I languished with the Sunday papers whenever possible. That wouldn't be necessary this day as I had my stash of magazines saved for just this occasion. I opened the bag and pulled out the top one. The Farmer´s Weekly.

OMG! I had forgotten all about it, yet again!
And with that I turned to the back of the magazine and thumbed through the classified section and out popped an advert:

Hmm...I thought....
“Babes, have you ever considered putting your CV out there...see what comes back?”
Hmm...he said...looking at the ad...and if ever anyone wanted to see "The Secret" in action it would have been at that precise moment. I actually saw him put himself into whatever he imagined that place was because by the following February, a mere 3 months later, he was there ...in Muleshoe...awaiting my March arrival.