I was tidying up my inbox and found this tale in an old email; a mail that I was reluctant to delete since it had packed such a punch on its first, and subsequent, reading. I really hope its author is aware of how well travelled this is; but perhaps that's the purpose of a parable..?

"A young woman journeyed to see her mother. When she arrived, she shared with her mother how hard life had become for her. She was tired of fighting and struggling. She told her mother about her life.

“When one problem is solved, a new one arises,” she lamented.
She could no longer cope.
Her Mother led her to the kitchen and filled three pots with water. She placed each on a high fire. Soon the pots came to a boil. Into the first she dropped carrots, in the second she placed eggs, and in the last she released ground coffee beans. The Mother let them sit and boil, without saying a word.
In about twenty minutes, she turned off the burners. She scooped out the carrots and placed them in a bowl. She pulled out the eggs and placed them in another bowl. Then she ladled out the coffee and placed it in a third bowl.
Turning to her daughter, she asked, “Tell me, what do you see?”
“Carrots, eggs and coffee,” the daughter replied.
Her Mother asked her to feel the carrots. The young woman noted that they were so soft that they were almost falling apart.
The Mother then asked her daughter to take one of the eggs and break it. After pulling off the shell, she observed that the egg was hard.
Finally the Mother asked the daughter to touch the coffee beans. They hadn’t changed much, but the young woman couldn’t resist the aroma of the coffee, and she took a sip. The daughter smiled as she tasted its rich aroma.
”Each of these has faced the same adversity,” the mother said, “boiling water”. Each has reacted differently.
The carrot went in firm, and after being subjected to the boiling water, it softened and became weak. The egg was fragile. Its thin outer shell had protected its liquid interior, but after being boiled in water, its inside became hardened.
The ground coffee beans were unique, however. After they were in the boiling water, they changed the water.”
Looking at her daughter the mother asked, “Which do you want to be? When adversity knocks on your door, how do you respond? Are you a carrot, an egg or a coffee bean?”
Anonymous
Which do you believe yourself to be?
A carrot
■When confronted by challenges, pain and adversity do you wilt, become soft and lose your strength?
An egg
■Do you have a fluid spirit, but after a death, breakup or financial hardship or some other less-than-pleasing life event, become hardened and stiff?
A Coffee bean
■When you experience an adversarial life event do you change the environment around you? When the water gets hot, the bean actually releases its underlying fragrance and flavour. If you are like the bean, when things are less than pleasing, you change the situation.
Now if I had to answer the question I would ask,
"Is it possible to be all three?"
It has been said that resilience is a dynamic process which speaks to our innate ability to bounce back from significant incidents of adversity, trauma, tragedy and physical or emotional threat. But depending on the situation I've found myself at times weak and feeling hopeless like the limp carrot. Other things have left me feeling like the egg, hardened and even somewhat bitter. And yet at other times I would like to think I've been like the coffee bean with its ability to change 'the water'.

Yep, I think it will have to be a good balanced "all of the above" for me. 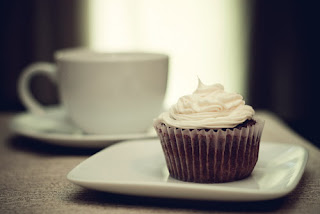