Today's B is for Boundaries. 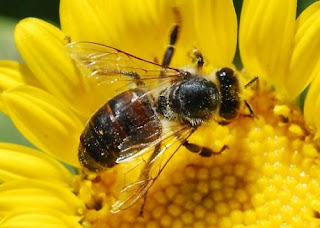 Boundaries give definition to who a person is.
Ideally a person needs to know what and where their boundaries actually are and then be able to communicate them to others, right? Right.
In fact even Robert Burney thinks so. He says:
"It is impossible to have a healthy relationship with someone who has no boundaries, with someone who cannot communicate
directly, and honestly.
Learning how to set boundaries is
a necessary step in learning to be a friend to ourselves.
It is our responsibility to take care of ourselves -
to protect ourselves when it is necessary.
It is impossible to learn to be Loving to ourselves without owning our self -  and owning our rights and responsibilities as co-creators of our lives."
I thought the dorkus and I were two people destined to be together but you know what got in the way? All of the above...
I dont mean to sound bitter but really, having lived the fairytale and having had it take me to hell and back in the proverbial handbasket, I'm just a tad hesitant when it comes to folk who are so called 'destined' to be together. Destiny just seemed to take too much damned hard work.
But let me not digress. 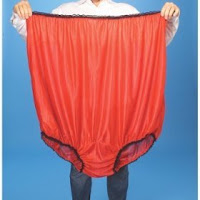 After finding my girl panties and climbing out of that hand-basket I made a decision. I decided that I wasn't going to feel that bad ever again. Ever.
And to achieve this nirvana I would have to walk my own talk. I have forgotten how many times I've uttered the words "The only way to change someone's behaviour is to change your own."
So I looked inwards instead of blamefully outwards.
I looked at all the men I have had relationships with; men whom I considered to be completely different from each other. Crapola!
From this new perspective they were all practically identical.
That would make me the common denominator then, right? So who was I?
Why was it that on one hand I could be really successful at so many things in my life, yet when it came to the most significant relationships I felt worthless? Oh don't get me wrong, it wasn't all doom and gloom with the dorkus, with the others, but I had to find out why this one had dissolved into a heap of nothing. I had to work out why, when it really mattered, why I had an almost inevitable inability to be able to speak my mind; my truth.
I had to work out why I have always been able to fight other people’s fights but not my own; why I could passively avoid conflict and yet be inwardly seething.
Clearly my continual tension, discomfort, irritation and anger were all clues to the fact that something was askew within my significant relationships…even the ‘destined’ ones!

So I picked up my spade and bucket and jumped into the sandpit of introspection and guess what I dug up? As far back as I could remember, right back to that little girl from way back when... especially when... then there was another common denominator that had shaped me...my lack of voice.

I wasn't just a shy child; I was a child who has been silenced from the inside out...seen and not heard. I was a child who was fearful of speaking out, speaking up...fear of consequences...lack of boundaries.
But what boundary developing skills does a child have? In most cases none. Our parents are there to filter and nurture these skills.  Having an overbearing, dominating father and a passive mother who jumped to his bidding, and still does, certainly did not help.
Okay it wasn’t all bad. I mean in my quest for approval I have run not one nor two but three successful businesses; I can get up on a stage and give award winning performances; I have many friends who love and adore me but heck, ask me to fill out a blog profile and I am speechless!


And just how often do we justify not speaking our truths for fear of hurting another's feelings? Often! If we man up we'll admit that we avoid doing this for fear of consequence; fear of disapproval or rejection. Right?
So much negativity is thrown at the word "no". Whenever we do say it why do we feel the need to justify it?
Oh and lets not forget that other fabulous habit that comes with the territory of lacking boundaries…taking every comment or situation personally…sigh... How often is this about the other person? How much of what they say or do is a reflection of their own issues, challenges or boundaries (or lack thereof) rather than mine?
Often I tell you… often and muchly!
And amazingly I’ve discovered just how often a person had no idea I felt a certain way. For example…my brother…loves and adores me, right… but I have always been the butt of his jokes. A.L.W.A.Y.S
In fact when he and my Dad get together it’s a real comedy fest! However they have now learned that this hurts me; that I don’t actually find it funny being continually thrown under the bus..never have. They now think twice before saying things. And if they forget and ‘go there’ my silence fills the gap that I would have normally jumped into with some jocular rebuttal; one upmanship. Okay to be honest my Dad's not handled the change in my behaviour that well so we have a lot of silent moments, but hey, that's his business to mind and not mine.


So when I said I didn’t mean to sound bitter, I really meant it.
It’s been a trip journeying back and redefining the lines. The fun is now deciding which crayons to use to colour in the gaps.